Posted on October 28, 2011 by rubiconheritage

The following blog is the first in a series we are preparing on our excavations of the Castle and Moat at Caherduggan near Doneraile in County Cork. These are being prepared at the request of Cork County Council  (our client) and will be targeted at school children in county Cork. We hope that everyone else will enjoy the series too!

Caherduggan Castle being recorded by archaeologists from Rubicon

Why are we digging at Caherduggan Castle?

A new road is being built by Cork County Council between New Twopothouse and Doneraile. When roads are built in Ireland archaeologists are employed to check for archaeology before any construction begins. Back in May Rubicon Heritage Services Ltd were employed by Cork County Council to check the road corridor for archaeology. We removed the topsoil and identified archaeology at a number of locations. One area was particularly rich in archaeology and after some test excavations we realized we had identified the foundations of Caherduggan Castle and its moat.

The castle from the air, taken by remote control helicopter!

What are we doing?

We have two jobs at Caherduggan:

What have we found so far?

Before Caherduggan Castle was built the area was ruled by a local clan called the Duggans. The local townland is called Caherduggan which translates as ‘the fort of the Duggans’. A ringfort which is located next to our site is believed to have been an important site for the Duggans. During our excavations we uncovered the foundations of three buildings which we believe date to the early medieval period (400-1169 AD) when the ringfort was probably occupied by a local chieftain. We also found a kiln which was used to convert limestone in quicklime. Quicklime is spread on fields to make them more fertile. 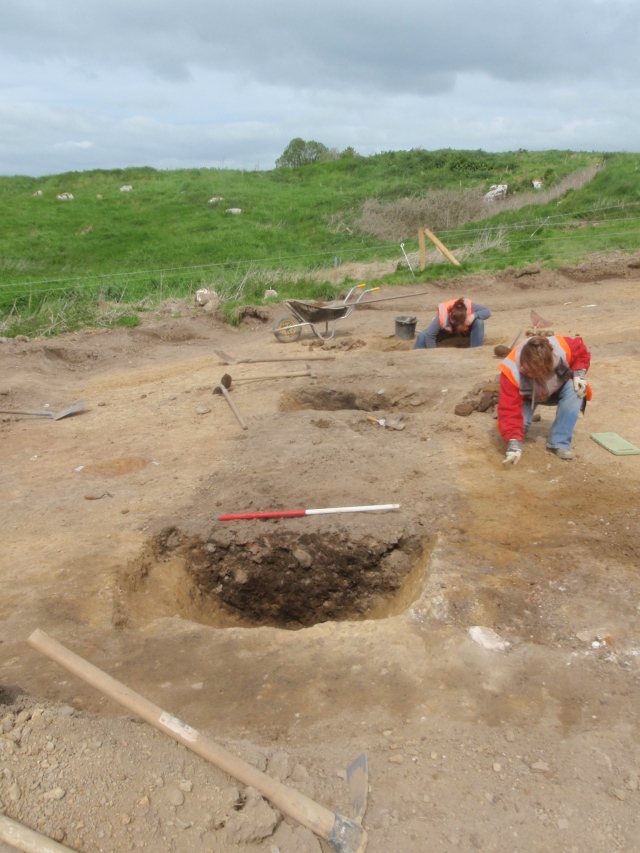 We also uncovered the foundations of a stone castle or tower which we believe dates to the later medieval period. The castle is surrounded by a very large defensive ditch or moat. The castle was built by the Normans and possibly by a family called the Roches who are known to have been very important in the area. 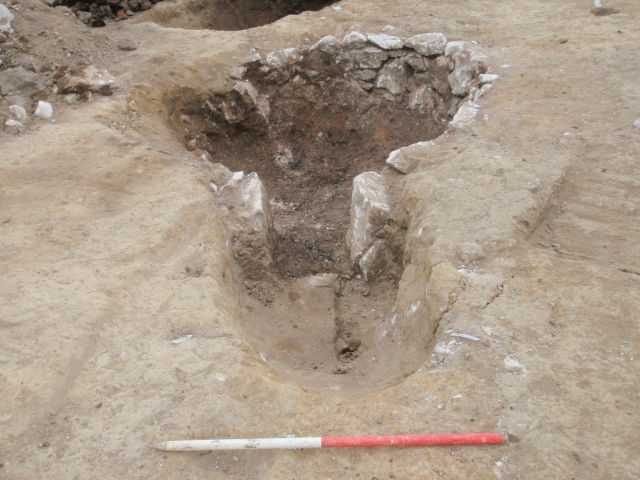 Around the castle and the moat we have found pieces of pottery which we know dates to the 16th century and also animal bone which can tell us the type of animals that were kept by the people living in the castle. 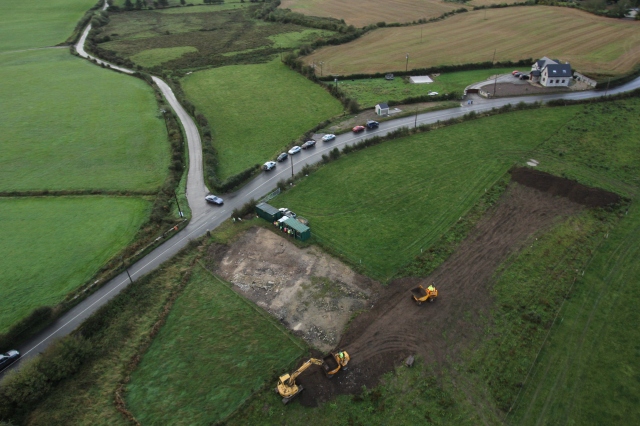 The site and its surroundings, another helicopter shot!

We are now just starting to excavate the moat which surrounds the castle. We hope that we will find out when this was built and what kind of things happened in the castle and the surrounding landscape. This is a very big ditch and it will take us a long time to excavate it. Come back next week to see how we are getting on and to see what we find during the week! 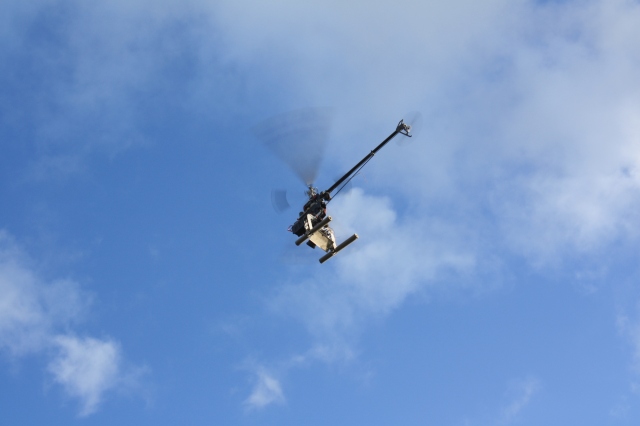 The remote control helicopter in action over the site

4 Responses to The Big Dig at Caherduggan Castle: Cracking Castle and Mega Moat